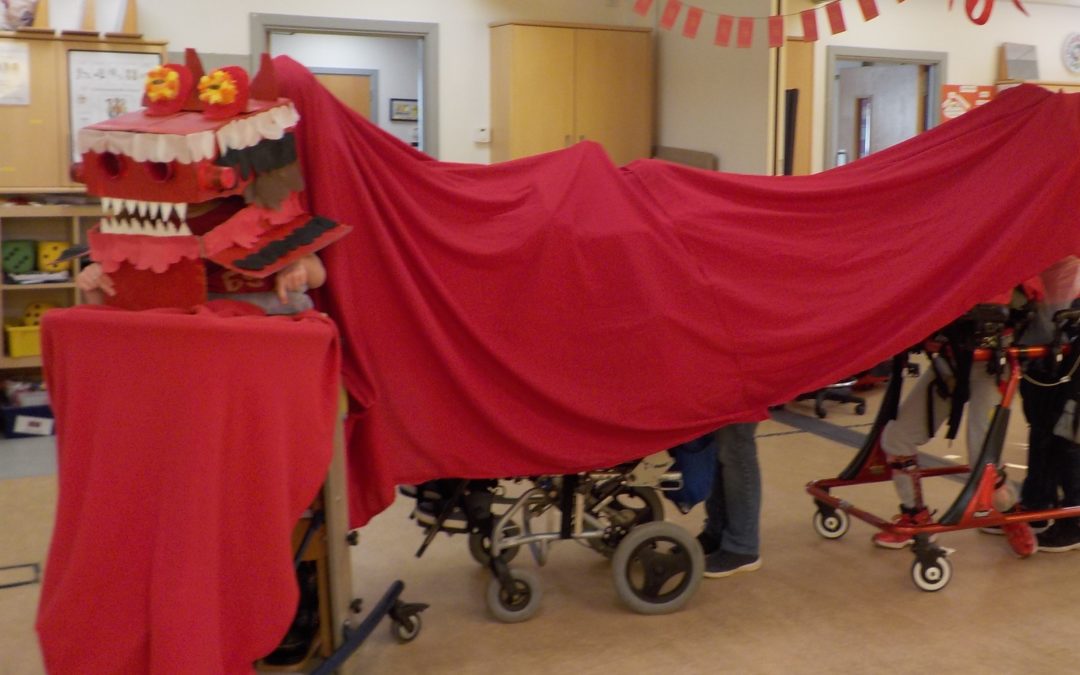 The five 6th Form students that have been in school this half term chose to do a project on the Chinese New Year. They have carried out research and art projects, including making signs showing their names in Chinese and a Dragons head. This culminated in our recent Chinese New Year’s Day celebrations.

On the day, everyone wore red and/or gold as both are considered lucky within Chinese culture. The day started with a Hand Task Series session, in readiness for doing food prep. later on. All tasks were to help with grasp and release, chopping, using both hands and isolating fingers. The final task was to use chopsticks to pick up a Wotsit, which resulted in lots of concentration and some success.

The food prep was productive and messy! Peeling, chopping and mixing, as well as looking, touching, and smelling produced a very tasty sweet and sour chicken with noodles, which the students enjoyed tasking, accompanied by prawn crackers and fortune cookies.

In the afternoon, after researching the history of the Chinese New Year, the students re-enacted the story of Nian (the monster that invaded the villages and terrorised the residents when it was the new moon). During their performance, the students used the physical skills they have been working hard on developing: sitting, weightbearing, grasp and release, voice control and expressing emotions, through drum playing and waving homemade lanterns (as loud noise and fire scared away Nian). Once Nian vanished, they then celebrated the new moon with food and gatherings, including a dragon dance, which the students carried out the dance, dressed as a dragon, using grasp, weightbearing and stepping skills.

All of this was performed to all the other students at home, via Zoom. 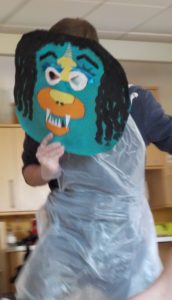 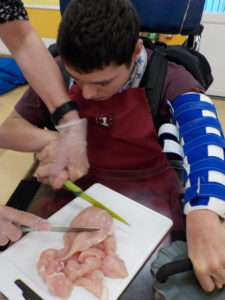 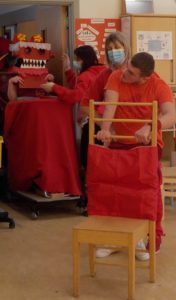 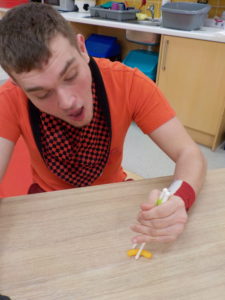 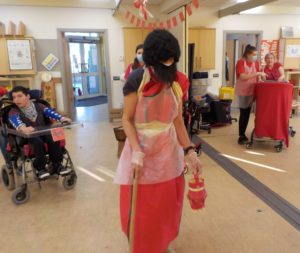 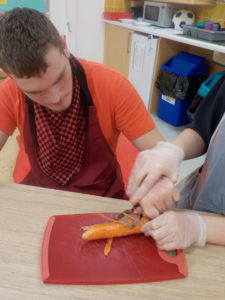